Please direct your questions or conversations to WAATGM or WATGMA tribes. (self.whereareallthegoodmen) 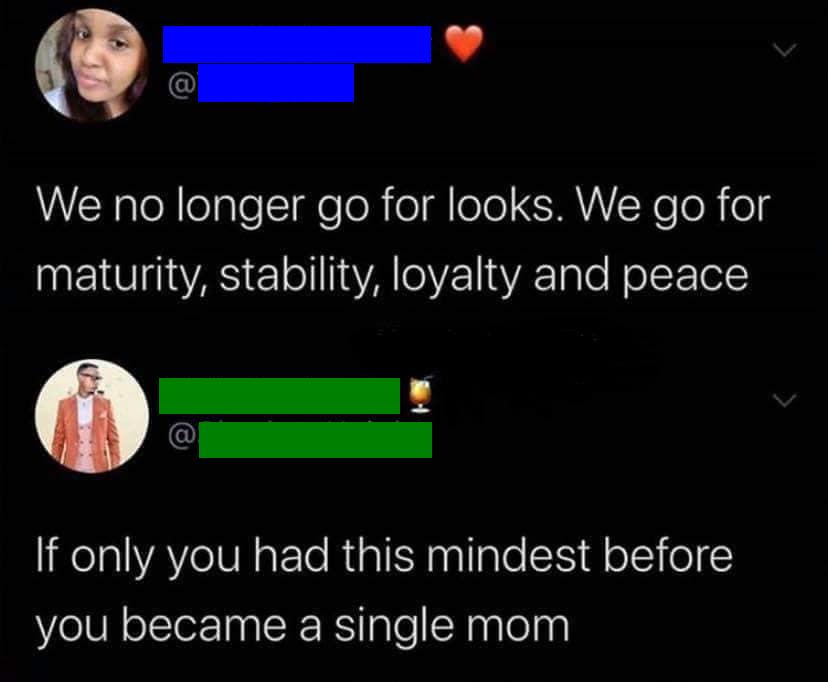 Marine catches his girlfriend messaging guys on Tinder, including a coworker who lives down the hall. This Devildog certainly ISN'T "Unsuccessfully Coping With The Natural Beauty of Infidelity" when he kicks her out of his life and publicly shames her. (v.redd.it) 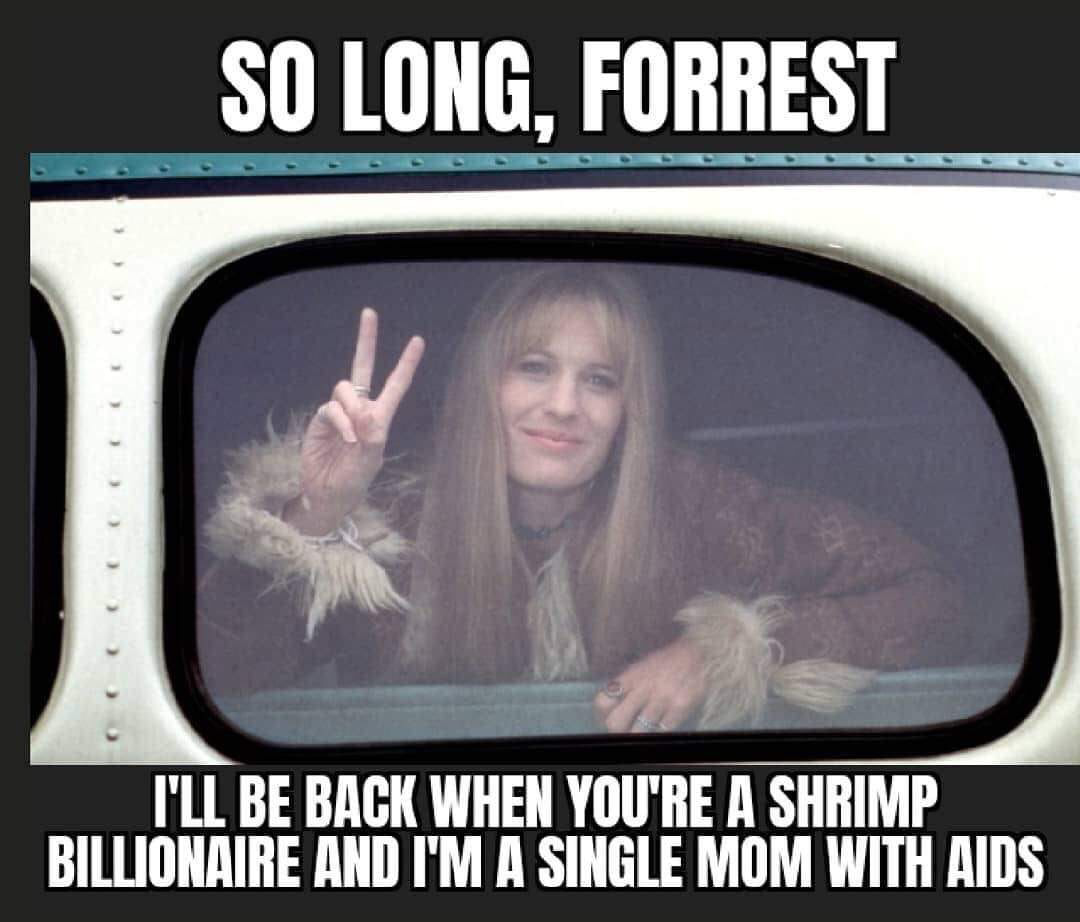 The mods are busy on Tinder looking for love, so let's get this weekend party started early. I give you perhaps one of the most Stacy Stacy of all Stacies. (i.redd.it) 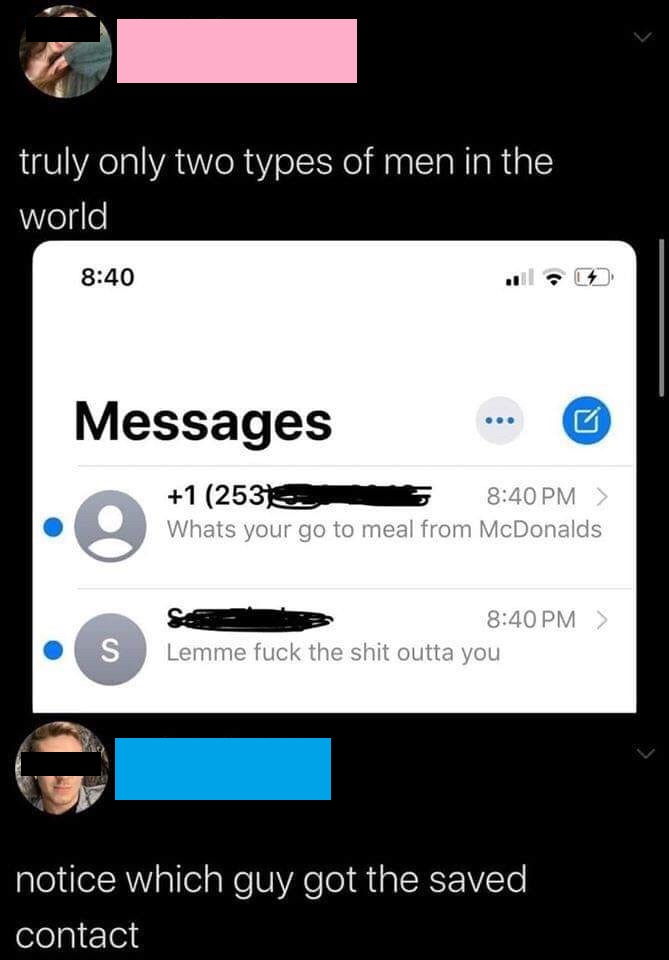 An interesting observation on a tweet lamenting the duality of man (i.redd.it) 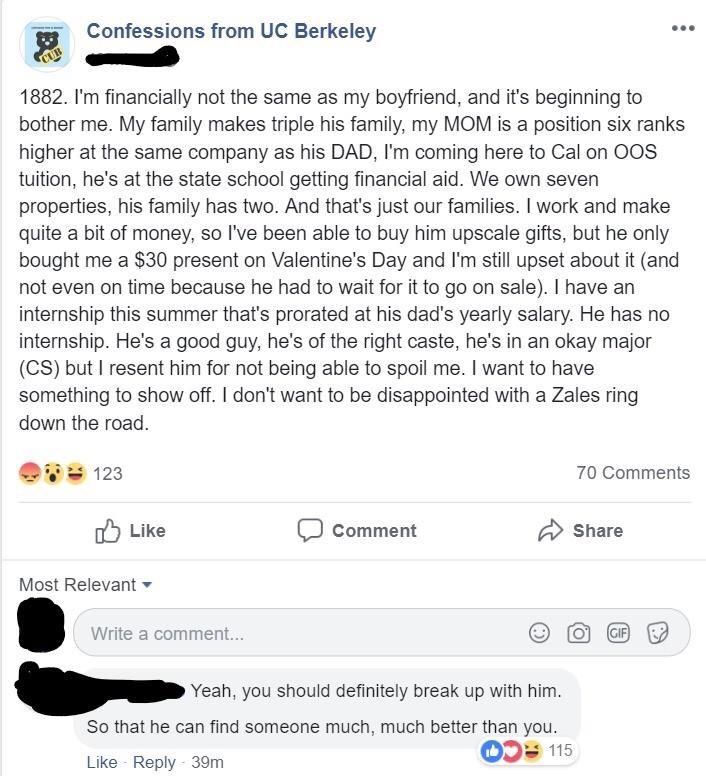 "My boyfriend is a good guy, but I resent him for not being able to spoil me." (i.redd.it) 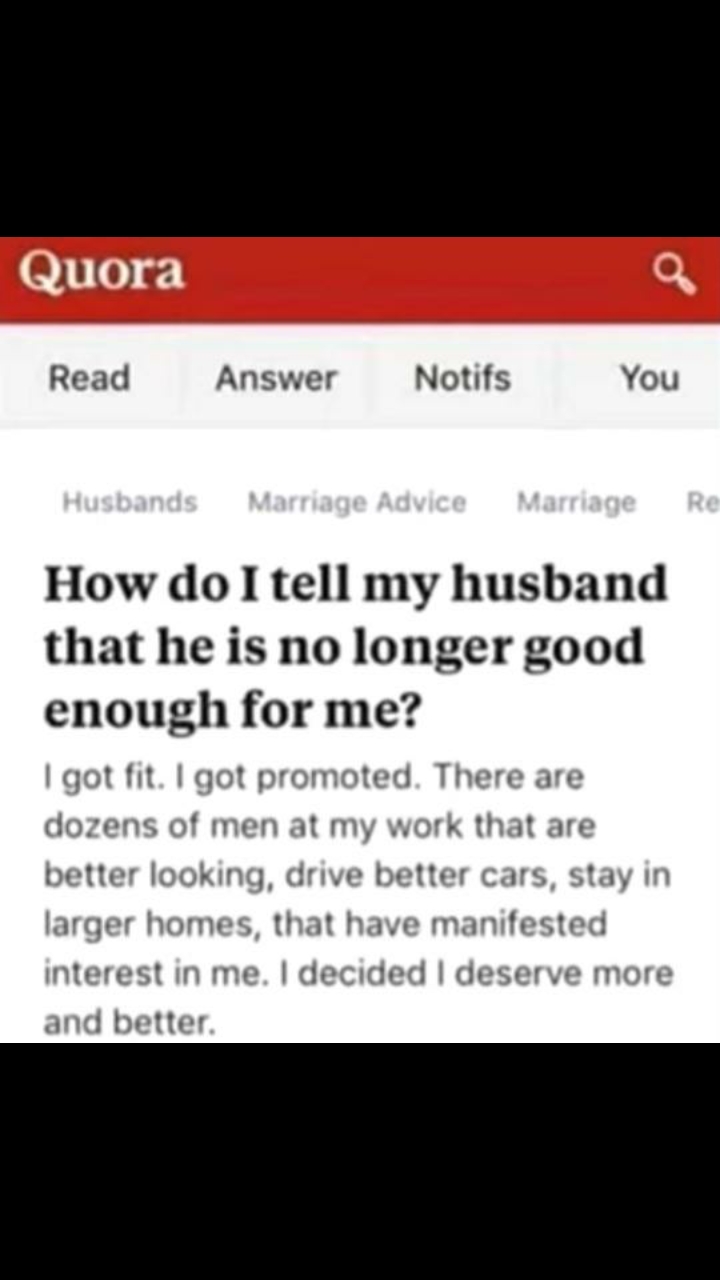 Monkey branching at it's finest... (i.redd.it) 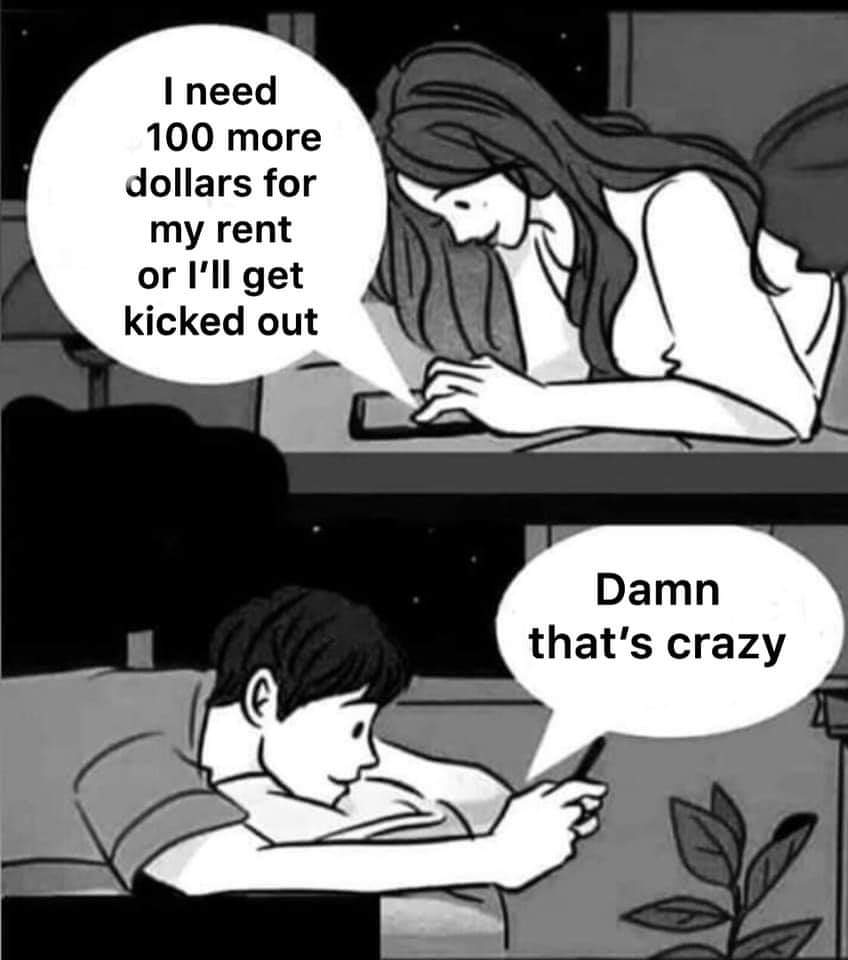 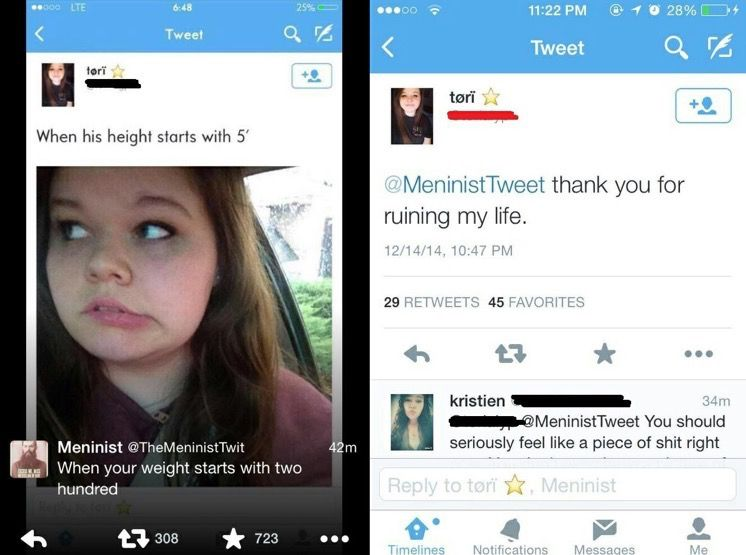 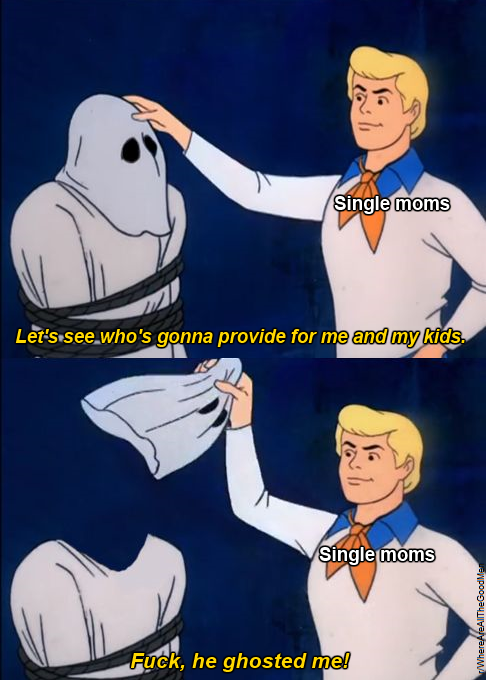 Guy tries to shame Men into dating Single Moms - Hopefully I got my point across (i.redd.it) 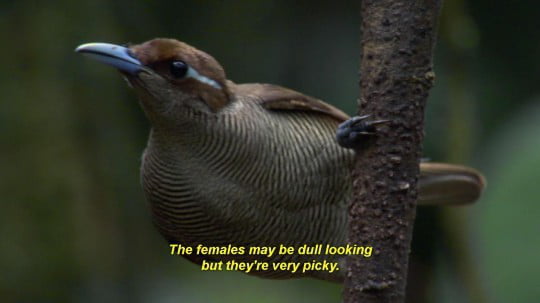 Online dating in a nutshell (i.redd.it)

Innocent woman perseveres in her attempt to make her ex fiancee realize that he messed up by leaving the relationship. (m.imgur.com)

Dedicated to exposing all the women who complain about wanting a "good man", to show women's poor dating behavior and unreasonable standards while offering little to no value themselves.

In response to r/niceguys, this sub is dedicated to exposing all the women who complain about wanting a "good man" after dating jerks and riding the cock carousel in the prime of their youth, and think they're deserving of commitment and financial stability when all they have left to offer is their depreciating looks, narcissistic mentality, used-up vaginas, and another man's kids.

But when she's in her 30s with depreciating looks, jerks who won't commit, the likelihood of being a single mom, and the social pressure from her married friends, she asks "Where have all the good men gone?"[1][2] Funny how back when she was chasing the bad boys he was a "NiceGuy™" unworthy of dating, but now that she's past her prime and needs a bailout she wants a man with nice guy traits.

Furthermore, dating jerks and riding the carousel before settling down with a good man is planned by many women,[1][2][3] and encouraged by feminists. They then come to the dating market with unreasonable standards while offering little to no value themselves. Such women are totally unaware that the mature, financially stable men they now need are the same decent men they rejected, except these men remember the rejection and are responding in kind to avoid unstable, unappreciative women who view them more as ATMs than romantic partners.